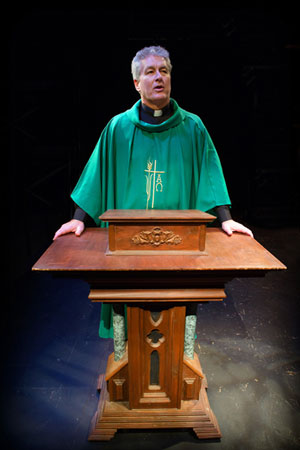 The production is open to the public. Tickets are $16 general admission, $13 for seniors and $8 for students.

Did he or didn’t he? Where’s the proof? A seed of doubt is sown. Winner of the Pulitzer Prize and Tony Award for Best Play and filmed in 2008 with Meryl Streep and Philip Seymour Hoffman, “Doubt” is a mesmerizing, suspense-filled drama that will keep you on the edge of your seat. Sister Aloysius Beauvier believes in restraint, self-control and a rigid dedication to discipline. When she learns Father Flynn has taken a special interest in a troubled altar boy, she becomes suspicious of his progressive, engaging attitudes. Something must be done.

For ticket information and reservations, call the Theatre Box Office at 864-294-2125.