Award-winning music in the great outdoors 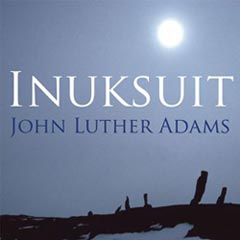 “Inuksuit” was among NPR’s favorite albums of 2013.

Furman percussion professor Omar Carmenates is among the performers on a recording that has been named one of NPR Music’s “50 Favorite Albums Of 2013.” Carmenates was one of 30-plus percussionists who gathered in the woods of Vermont to perform composer John Luther Adams’ “Inuksuit.” NPR Music called the resulting album a “riveting and exhilarating” experience.

“Inuksuit” was also featured on the Dec. 11 segment of NPR’s “All Things Considered.”  It was one of three albums that were briefly reviewed by NPR music editor Anastasia Tsioulcas.

Carmenates is no stranger to Adams’ composition. The Furman professor was in charge when the university hosted the U.S. premiere of “Inuksuit” in 2010, which Adams attended. Carmenates also traveled to New York City to take part in two performances of “Inuksuit,” which was selected as one of the top 10 classical music performances by New York Magazine.  Furman musicians will perform the piece on campus again in March 2014 and then travel to Knoxville, Tenn., the following month for another performance.

Carmenates has been a member of the Furman music faculty since 2008.