NOVEMBER 14, 2012
by Vince Moore, Director of News and Media Relations

GREENVILLE, S.C.—The Furman University Board of Trustees welcomed 10 new members to the board during its fall meeting Saturday.

They began their terms July 1, and will serve three-year, renewable terms.  Estridge and Rinker have previously been Furman trustees, and Rinker served as chair of the board.

Furman’s board consists of 36 members, plus the trustees emeriti.

Biographical information and photos of the new trustees are below.  For more information, contact Furman’s News and Media Relations office at 864-294-3107.

Ann Bryan is an investment manager who retired in 2007 as first vice president with Morgan Keegan & Company in Atlanta.  She has residences in Atlanta and Greenville, and is active in both communities.  In Greenville, she serves on the Peace Center Board of Trustees, and she is a member of the Strategic Leadership Advisory Council at the Institute for Child Success, a children’s research and advocacy organization.  She is also a member of the Advisory Council and Heritage Society at Furman. 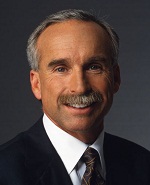 Christopher Collins is co-founder and managing partner of First Atlantic Capital, LLC.  He has also been principal and managing partner of Boston Capital Corporation as well as co-founder and president of American Development Group, Inc.  He is a trustee at the Montserrat College of Art and a member of the executive committee of the JFK Center for Performing Arts.  At Furman, he is a member of the Parents Council and the Richard Furman Founders Society. 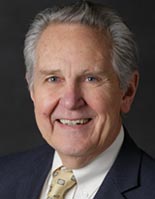 Larry Estridge is an attorney with Womble Carlyle Sandridge & Rice of Greenville.  He has more than 30 years of experience in all facets of real estate development, including zoning and incentives.  He is a 1966 Furman graduate and earned his law degree at Harvard University.  Estridge has served on Furman’s Advisory Council as well as multiple terms on the board, and is a member of the Richard Furman Founders Society.  A former president of Furman’s Alumni Association Board, he received the Alumni Service Award in 1984 and the Distinguished Alumni Award in 1977. 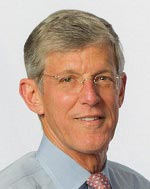 Steven Reinemund is dean of business and professor of leadership and strategy at Wake Forest University.  He is a 23-year PepsiCo veteran who led the corporation as chairman and chief executive from 2001 to 2006.  He retired as chairman of the board of PepsiCo, Inc. in May, 2007, and joined Wake Forest in 2008.  He is currently a member of the board of directors of American Express, ExxonMobil, Walmart and Marriott.  From 2005 to 2007, he was chairman of the National Minority Supplier Development Council. 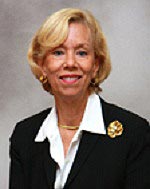 Leighan Rinker has served multiple terms on the Furman board, including a term as chair.  A strong advocate of early childhood education, she is a graduate of the University of North Carolina at Chapel Hill and earned M.Ed. and Ed.S. degrees at Florida Atlantic University, where she received the Professional and Human Services Outstanding Graduate Student Award.  Rinker and her husband, David, are former members of the Furman Parents Council and founding members of the Partners Scholarship Program.  She received an honorary doctorate from Furman in 2004. 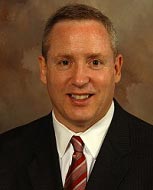 Michael Riordan has been president and CEO of Greenville Hospital System since 2006.  From 2001 to mid-2006, he led the University of Chicago Hospitals and Health System.  From 1995 to 2000, he was chief operating officer and, later, senior associate hospital administrator of Emory University Hospital and Crawford Long Hospital in Atlanta.  He is board director for the Greater Greenville Chamber of Commerce and a board member and former president of Health Sciences South Carolina.  He currently is chairman of the Urban League of the Upstate. 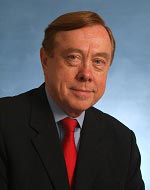 William Slate II is the president and chief executive officer of the American Arbitration Association.  He is the former president of the Justice Research Institute, and the former director of the Federal Courts Study Committee.  He was the first-ever consultant to the senior staff of the Supreme Court of the United States on strategic planning.  He has also been an executive in both the Third and Fourth Federal Circuits.  He is a graduate of Wake Forest University, and holds an M.B.A. degree from the Wharton School of the University of Pennsylvania and a Juris Doctor degree from the University of Richmond Law School.

A. Alexander Taylor II is CEO of FGX International, the world’s leading designer and marketer of non-prescription reading glasses and sunglasses.  Prior to joining FGX in 2005, he was president and chief operating officer of Chattem, Inc., a manufacturer of health and beauty products.  He also spent 20 years as an attorney in the law firm of Miller & Martin LLP in Chattanooga, including a role as partner from 1983 to 1998. He is a 1975 Furman graduate and received his J.D. from Vanderbilt University School of Law. 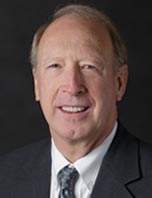 The Hon. William Traxler, Jr., has been Chief Judge of the U.S. Court of Appeals for the Fourth Circuit since 2009.  He has served on the federal bench since 1992, following a nomination by President George Bush.  Six years later, after the nomination by President Bill Clinton, he became a member of the appellate court for the Fourth Circuit.  A Greenville native who practiced law with his father prior to becoming a judge, he was also a solicitor in the South Carolina 13th Judicial Circuit.  He is a graduate of Davidson College and the University of South Carolina School of Law. 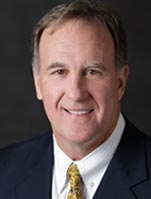 Richard Wrenn Jr., is president and COO of Premier Magnesia, LLC, a global leader in magnesia-based products for agricultural, industrial and water treatment markets.  The company’s corporate headquarters are located in West Conshohocken, Pa.  He is a board member of Premier Magnesia and AMI Trading and Distribution.  He is a 1974 graduate of Furman, where he was a member of the football team.  He is also a member of the university’s Order of the Paladin and the Heritage Society.