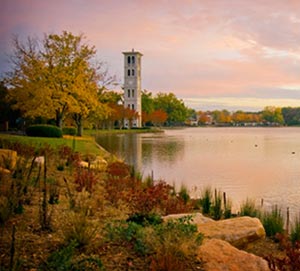 Autumn on the Furman lake.

GREENVILLE, S.C.—Furman University has long been recognized for its beautiful campus, and the most recent accolade comes from a posting on BuzzFeed, where the university was listed among “10 Uniquely Stunning College Campuses from Around the World.”

Furman was one of three American colleges to make the list, which also featured colleges and universities in China, Scotland and Morocco.

The Furman campus is open to the public.  For more information, visit the BuzzFeed website or contact Furman’s News and Media Relations office at 864-294-3107.