AUGUST 24, 2012
by Vince Moore, Director of News and Media Relations 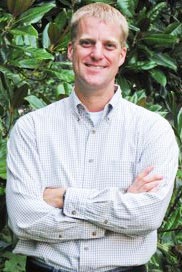 GREENVILLE, S.C.—Dr. Bryan Bibb, associate professor of religion at Furman, will present the Bonner American Scholar Lecture Thursday, Aug. 30 to mark the beginning of the academic year at the university.

His lecture, “Why Are You Here? Religious Studies, the Bible, and the Purpose of Liberal Arts Education,” will begin at 4 p.m. in McEachern Lecture Room of Furman Hall.  The event is CLP.

The lecture is sponsored by Furman’s chapter of Phi Beta Kappa to commemorate the 175th anniversary of Ralph Waldo Emerson’s lecture on the “American Scholar.” The speech is meant to be the cornerstone of the new academic year at Furman, directing the university toward the ideals of Phi Beta Kappa: personal freedom, scientific inquiry, liberty of conscience, and creative endeavor.

Bibb, a 1994 Furman graduate, joined the religion faculty in 2000.  He holds M.Div. and Ph.D. degrees from Princeton Theological Seminary.  His teaching specialties include the Hebrew Bible, Old Testament theology, and ancient Israelite priests and prophets.