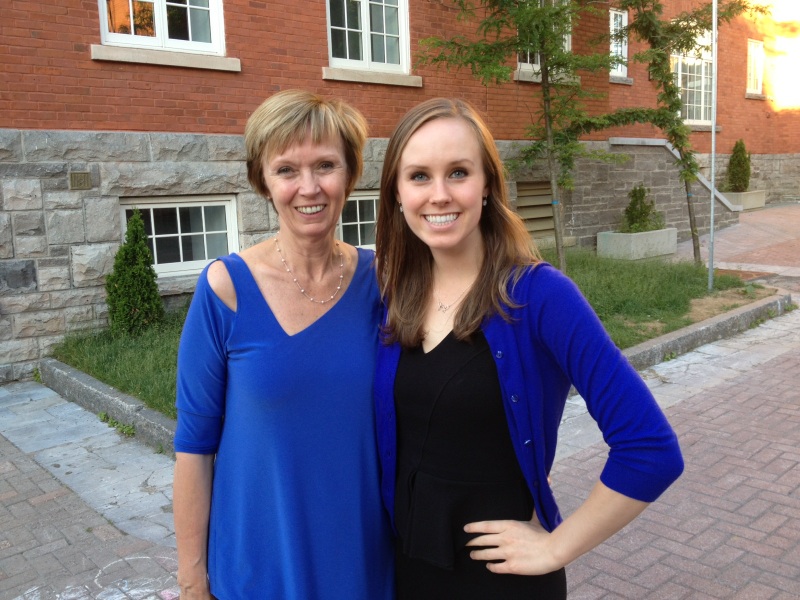 “As a Political Science and French double major, the internship really caught my eye because of the large Canadian French-speaking population.”  French is the first language of the entire Parliament. “I had never spoken French outside of the classroom; this internship gave me the opportunity to become fluent.”

Bolton was the assistant of Nycole Turmel, Whip of the Official Opposition for the New Democratic Party.  “In short, Ms. Turmel’s job is to make sure that everyone says what they need to be saying during press conferences.”

Turmel, 72, has a reputation for advocating for the women’s rights and the rights of laborers.  “She taught me that women deserve the same treatment as men, and that we shouldn’t settle for anything less.”

At the start of her summer in Ottawa, Ontario Bolton would often return from her internship each day mentally exhausted.  “It was hard to keep up at first, but as soon as I got the hang of things, my confidence boosted tremendously”.

In addition to conducting important research, Bolton learned to write persuasively for campaigns that she may not have completely agreed with.  “But that’s part of working for a professional team”, she explained.

Bolton said she kept asking for more complicated tasks and went beyond the standard research and written tasks. She also she attended formal dinners and other functions. The social functions helped hone her language skills.

“On my last day in Canada, members of the parliament told me that I’d get an A if this were for a class,” she said. “They encouraged me and always assured me that I could do it; for a 20-year-old girl in a foreign country working with a staff of such caliber, that’s motivation.”