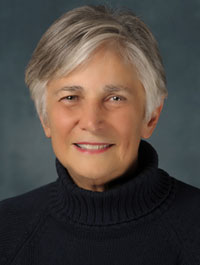 GREENVILLE, S.C.—Former assistant secretary of education Diane Ravitch will speak about the American school system on Tuesday, Oct. 4 at 7 p.m. in Younts Conference Center on the Furman campus.

Ravitch will discuss her new book, The Death and Life of the Great American School System: How Testing and Choice are Undermining Education.
Her talk, which is free and open to the public, is hosted by the Richard W. Riley Institute of Government, Politics, and Public Leadership. Sponsors include SCASA & Colonial Life; Childs & Halligan, P.A.; Furman Department of Education; and Public Education Partners.
Ravitch is research professor of education at New York University and a senior fellow at the Brookings Institution. From 1991 to 1993, she was assistant Secretary of Education and Counselor to Secretary of Education Lamar Alexander under President George H.W. Bush.
President Bill Clinton appointed her to the National Assessment Governing Board, which oversees federal testing. She is the author or editor of more than 20 books, including The Language Police and Left Back, and her articles have appeared in numerous newspaper and magazines.
For more information about the event contact Jill Fuson at the Riley Institute 864-294-3280 or go to http://riley.furman.edu/.
PRINT
EMAIL
Share This
BACK TO NEWS
Recommended Stories