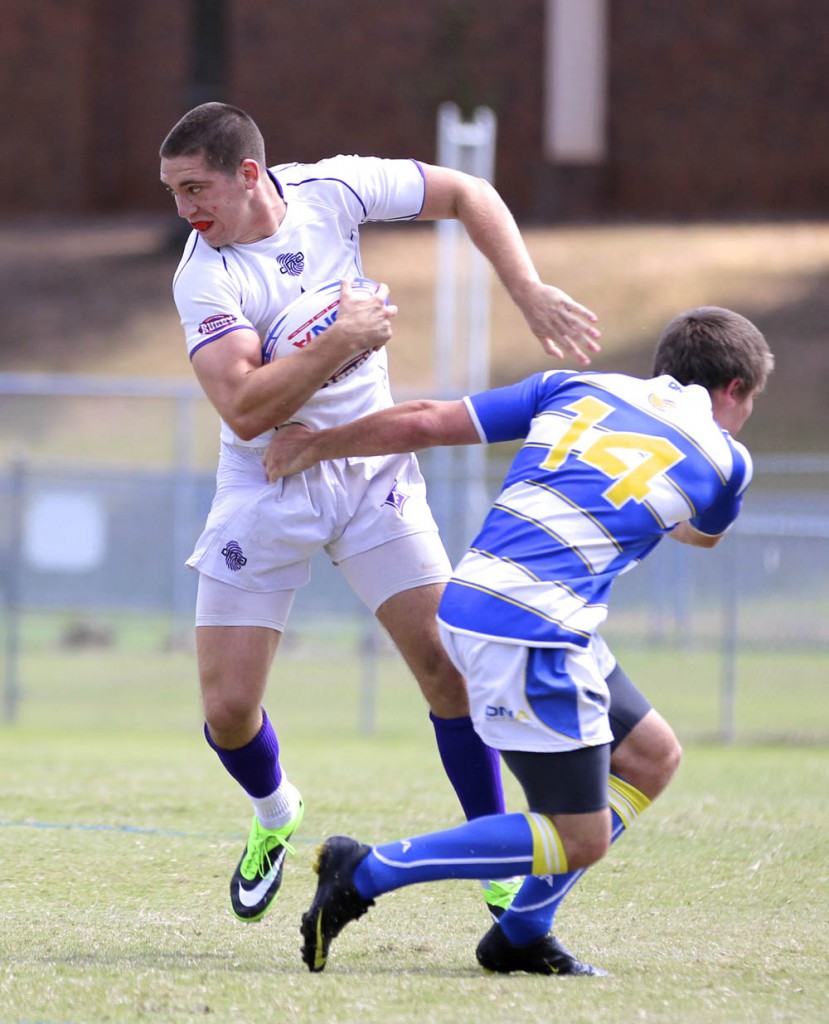 In one of the biggest wins in recent club history, Furman rugby defeated Appalachian State 35-24 Saturday at Roberts Field to capture the Mountain Division title and guarantee the Paladins a spot in the Southern Rugby Conference Final Four.

Freshman flanker Miles Learner put the Paladins on the board first with a 20 meter try-scoring dash. Appalachian answered five minutes later when the larger Mountaineer team bullied in a try from a penalty play to knot the contest at 5-5.

Over the next 30 minutes, Furman played its best rugby of the season . A hard-charging defense kept the skillful Appalachian State offense off balance. When the Mountaineers did break through, senior Eric Dolan, who was moved to fullback for the game, provided sure defense.

In the second half, ASU stormed in for a try at the forty-third minute mark to cut Furman’s lead to 29-17. Six minutes later, though, Furman’s  Jacob Milchuck (freshman center) answered with a penalty kick. The persistent Mountaineers were denied several trys when Furman players held the ball up in the tryzone.

ASU did score a try and conversion midway through the second half, but again Furman’s Milchuck answered with a penalty kick

For much of the last quarter, Furman’s kicking game kept the larger, physical Appalachian State from advancing very deep into Paladin territory.

“In the second half we were playing against the wind against a bigger side,” said Furman Coach John Roberts. “With a lead we were happy to trade a try for a penalty conversion and use tactical kicking to keep ASU on their side of the field as much as we could.”

With the win, Furman rebounds from a 19-0 loss last week at East Carolina and now holds a 4-1 record. Appalachian State, 3-1, closes out matrix play Saturday against Western Carolina.

The Mountain Division Championship  is Furman’s first since moving to Division II play in 2011. ASU won the Mountain Division in 2011 and 2012 and advanced to the Southern Rugby Conference Finals in 2011, losing to UNC-Wilmington, who repeated as champions last year.