Don’t kill all the lawyers… 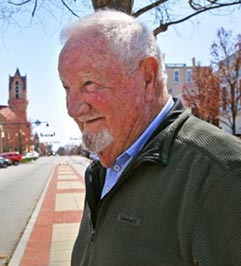 At age 85, Furman graduate Jack McIntosh has published his first book, Don’t Kill All the Lawyers: I’ll Give You a Short List.  The book is illustrated by award-winning editorial cartoonist Robert Ariail and was the featured book on NPR’s “The Radio Reader” with Dick Estell in March.  McIntosh, who graduated from Furman in 1952 and practiced law in Anderson for more than 50 years, was the subject of a feature article in the Anderson Independent-Mail.