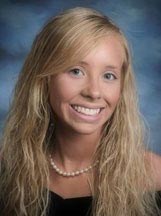 GREENVILLE, S.C.—Furman University junior Charlotte Holt of Summerville has been awarded a Critical Language Scholarship from the U.S. Department of State to undergo intensive study of Mandarin.

Holt is among 630 U.S. undergraduate and graduate students who received a scholarship from the U.S. Department of State CLS Program in 2012. The CLS Program is part of a U.S. government effort to expand the number of Americans studying and mastering critical foreign languages.

Holt is an Asian Studies and Political Science major. She is also working toward an interdisciplinary minor in Poverty Studies. At Furman, Holt is part of the Shucker Leadership Institute and Riley Institute Advance Team. She has participated in Furman University Model UN, serves as a Freshman Resident Assistant, and is a member of the Asia club. She is a Furman Hollingsworth Scholar, was named a Jenny Horne House of Representatives Scholar, and received a Palmetto Fellows Scholarship. A 2010 graduate of Pinewood Preparatory School, she is the daughter of Colonel Blaine and Mey Holt of Summerville.