FROGs show up in force, overwhelm Paladins in friendly game 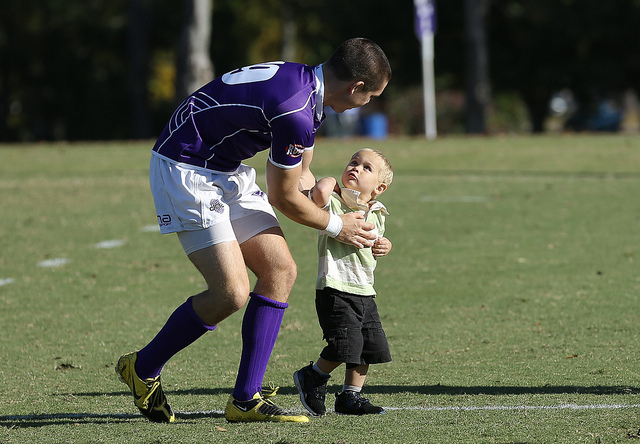 The Furman Rugby Olde Guys (FROG) showed up in record numbers Saturday and gave their younger brethren a lesson, outlasting the Paladins 59-28 on a sun-dappled Homecoming morning.

While the Furman team tackled well, the young team struggled at the ruck point and in the scrums. Seven former  team captains (Greg Dover ’05, Blair Barton ’08, McClain Byess’ 11 Adam Chandler’ 10, Zach Mullinax’08, Will Hinson’12 and Nick Kline’09) were among the 23 FROGs who participated in the contest.

A handful of others alumni watched the game from the sideline with their families.

Played during four 20-minute segments with rolling substitutions, the FROGs scored early and often, building a three-try advantage before the Furman squad (composed of 12 freshmen, 8 sophomores, two juniors and a lone senior) could find the try zone. 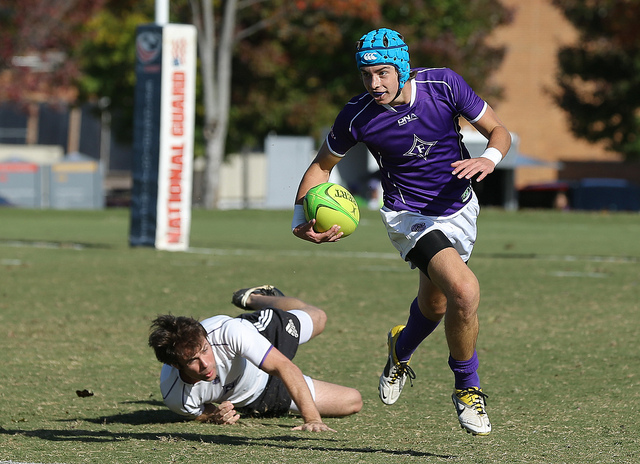 Fatigue, normally a factor for the senior side, was not relevant due the cool morning, liberal substitution rules and large FROG roster. The FROGs held the upper hand during the first three periods, but were outscored in the final 20-minute period a by a try.

“This was a great day for the program,” said Furman Coach John Roberts, who played in the front row for the FROGs.  “In the past, we normally have 15-17 alumni show up, but this year they were here in droves.  This was the best alumni showing since our 10-year anniversary in 2008.”

John Dolan, a center/lock for the Paladins 2008-11 who now lives in Cleveland, traveled the farthest for the contest.  Richard Wrenn ’04 was the oldest alumni to take the field. Chris Helps ’01, a member of the original Furman team, was present but did not play.