It’s on to Fargo! 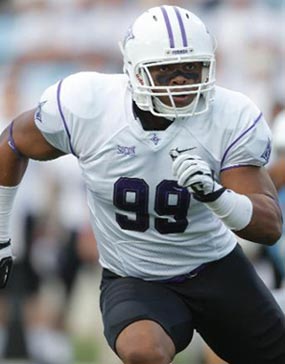 Furman defensive end Ira McCune and the Paladins have won five games in a row.

The Furman football team has won five straight games on its way to a Southern Conference championship and the program’s first Football Championship Subdivision (FCS) playoff win since 2005.  Now the Paladins travel to Fargo, North Dakota, to take on top-ranked and two-time defending national champion North Dakota State in a second round matchup.

Kickoff for the ESPN3/GamePlan televised contest at the 18,700-seat, sold-out Fargodome, is set for 3:30 p.m., ET. The radio broadcast will be presented by the Furman Sports Network featuring flagship station WGOG-FM 96.3 in Seneca and Greenville’s FoxSports AM 1440.  In addition, fans can access the game broadcast via stadium transmitter at FM 105.9 and audio stream through Stretch Internet at FurmanPaladins.com.  Read more at furmanpaladins.com.