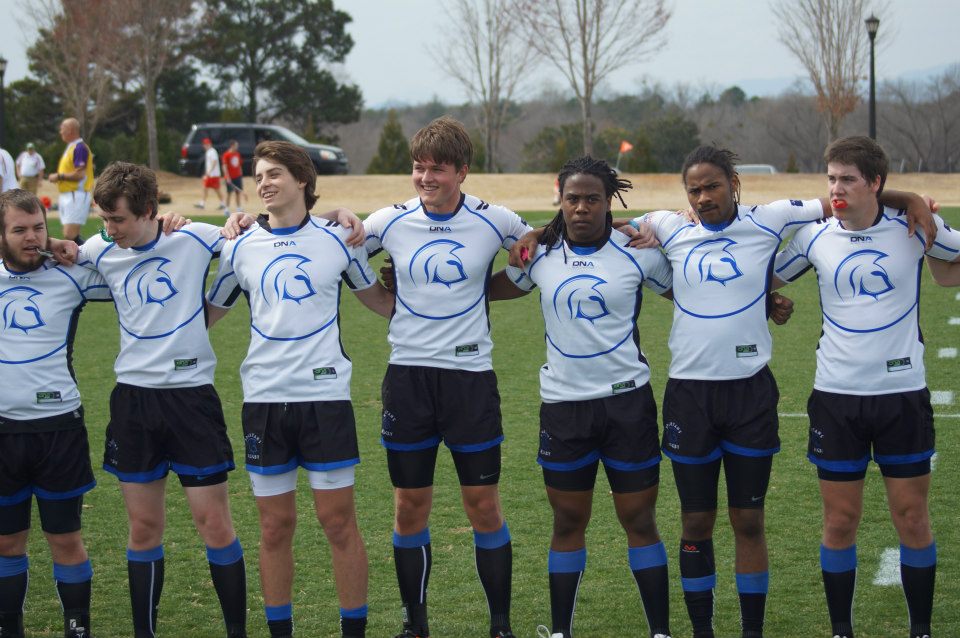 The Greer Spartans will take on Wando 12:30 Saturday in a state semi-final game. At 2:30 Clemson play Navy.

Clemson University and U.S. Naval Academy, two of the top rugby college teams in the region, will kick-off 2:30 p.m. Saturday in contest that will be hosted by Furman University.

Navy and Clemson boast a 5-0 record. The winner of the contest will be crowned the champion of the eight-team Atlantic Coast Rugby League. The Naval Academy is currently ranked 19 by Rugby Magazine.

The Tigers, fresh from a March 29-22 victory over North Carolina State, have logged lopsided league wins over Virginia (40-23), North Carolina (82-7) and Maryland (59-23) this spring. League power Virginia Tech tested the Tigers in 22-18 game that was hosted at the Greenville’s Kroc Center.

The contest was moved to John Roberts Field on the Furman campus last week because of unplayable conditions at the Clemson rugby pitch. Roberts Field, a dedicated rugby facility, is adjacent to Paladin Football Stadium.

“It is unfortunate that we can’t host this game on campus,” said Clemson Coach Justin Hickey. “But it will be held at one of the finest rugby facilities in the Southeast, and it will give the Greenville community an opportunity to come out and see some fantastic college rugby.”

The Greer Spartans, a local high school club, will take on Wando (Charleston) High School in a 12:30 p.m. state semi-final game to launch the afternoon of rugby.  The Spartans, ranked second in the state, have a 4-1-1 record while Wando is 5-2. The Spartans narrowly defeated Wando 7-0 March 1.

The Wando-Greer winner will advance to play the winner of the Greenville-Chapin game (hosted by Chapin April 6) on April 20 for the High School Rugby State Championship.