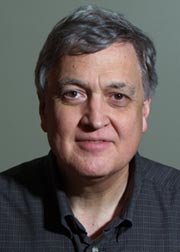 AUGUST 2, 2012
by Vince Moore, Director of News and Media Relations

The university will award 65 undergraduate and graduate degrees during the commencement. The public is invited to attend.

A graduate of Furman, Cherry earned a master’s degree at the University of South Carolina and doctorate at Northwestern University. His academic interests include Spanish medieval and Golden Age literature, Romance linguistics, methodology, and Latin American civilization.