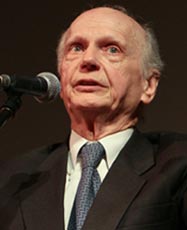 Officials from the Riley Institute at Furman University will be in the lower part of the state on Tuesday to take part in an important project being supported by a $2.9 million grant from the U.S. Department of Education.

The Riley Institute officials, along with former South Carolina Governor and U.S. Secretary of Education Richard W. Riley and officials from New Tech Network and KnowledgeWorks, will hold two community events on March 13 to mark the implementation of the New Tech approach at Scott’s Branch High School in Summerton and Colleton County High School in Walterboro.