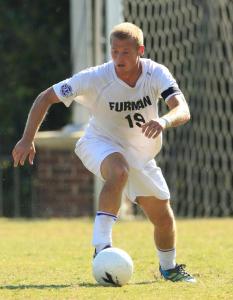 The Paladins return 10 starters, including 2011 Southern Conference Player of the Year Coleton Henning and 2011 SoCon Freshman of the Year Walker Zimmerman, from a squad that posted a 14-4-4 overall record and earned an at-large bid to the NCAA Tournament last season.

Furman opens its 2012 campaign with an exhibition match against Wake Forest on August 18, at Stone Stadium before visiting Presbyterian in the regular season opener on August 24.  The Paladins open their regular season home slate versus UNC Wilmington on September 7, at 7 p.m.