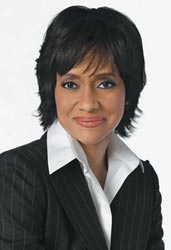 Her talk, “Dare to Take Charge: How to Live & Lead with Purpose,” is the keynote lecture in a series of Furman events highlighting the life and legacy of Martin Luther King, Jr.  It is free and open to the public.

Hatchett’s lecture will be followed by a reception and book signing.

After graduating from Emory University School of Law and completing a clerkship in the U.S. Federal Courts, Hatchett accepted a position at Delta Air Lines as the company’s highest ranking African-American woman. She served in dual roles as a senior attorney and manager of public relations, supervising global crisis management and media relations for Europe, Asia and the United States. She was recognized by Ebony magazine, which named her one of the “100 Best and Brightest Women in Corporate America.”

Hatchett is a graduate of Mt. Holyoke College, which also awarded an honorary degree. She attended Emory University School of Law and received the Emory Medal for her commitment to excellence and service to the community.

In addition to presiding in “Judge Hatchett,” now in its 10th season, Hatchett is the founder of Parent Power Now, an online parenting network. She is author of bestsellers Dare to Take Charge and Say What You Mean, Mean What You Say.

For a complete list of MLK events at Furman, go to www.furman.edu/MLK.  For more information, contact the News and Media Relations Office at 864-294-3107.