Former U.S. Secretary of Education Richard Riley to speak at commencement May 5 APRIL 27, 2012
by Vince Moore, Director of News and Media Relations 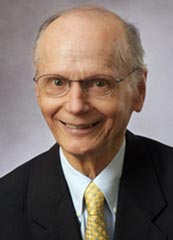 Furman will award approximately 680 undergraduate and graduate degrees at the commencement service, which will be broadcast live via streaming video on the Furman website (www.furman.edu).

Graduating senior Katie Love, an economics major from Columbia, will be the student speaker.  She is a Hollingsworth Scholar and a member of Phi Beta Kappa, Omicron Delta Epsilon and Phi Eta Sigma honorary societies. She has been an Admission ambassador, a member of the Freshman Orientation staff, and is a co-founder of the Furman Economics Society. 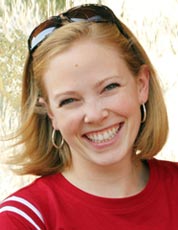 Riley served as U. S. Secretary of Education under President Bill Clinton (1993-2001) and was elected to two terms as Governor of South Carolina (1979-1987).  He is a 1954 graduate of Furman, and currently serves as chair of the Furman Board of Trustees.

Riley is a senior partner in the law firm of Nelson Mullins Riley & Scarborough and its affiliate, EducationCounsel, with offices in South and North Carolina, Georgia, Boston, Chicago, Tallahassee and Washington, D.C.  He has been appointed distinguished professor at Furman, and serves as Advisory Board chair of the Richard W. Riley Institute of Government, Politics and Public Leadership.  In 2008, he was named one of the Top 10 Cabinet Members of the 20th century by Time magazine.