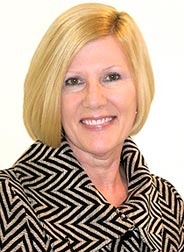 Dana L. Thorpe, who has more than 28 years of experience working in museums and historical societies, will begin her new duties at the Museum on April 8.

“We are very pleased to have a person of Dana’s caliber in this position, and confident that the Upcountry History Museum under her leadership will strengthen its role as a cultural and educational resource in new and exciting ways,” Smolla said. “Her decision to join us speaks volumes about the potential for the partnership between the Museum and Furman. It also reinforces Greenville and the Upstate as a community that both attracts and welcomes talented and committed leaders.”

In a career that began in 1985, Ms. Thorpe has provided vision and energy in all facets of museum management, including program development, curation, exhibit management, fundraising and financial stewardship, marketing, and community outreach.

She has previously served as Director of the Western Reserve Historical Society in Cleveland, Ohio, as Director of Exhibits at the John G. Shedd Aquarium in Chicago, Ill, and as Deputy Director of the Association of Children’s Museums, an international professional service organization the represents and advances the children’s museum field.

Prior to accepting the position at Furman, Ms. Thorpe served as Executive Director of the Building for Kinds Children’s Museum in Appleton, Wis.

She holds a B.A. in history and a master of science in museology from the University of Wisconsin-Milwaukee.

“I am both excited and proud to be joining the Furman University team, and I look forward to all of the wonderful things that we will do together for the advancement and sustainability of the Upcountry History Museum,” Thorpe said. “This is a distinctive partnership for both institutions, and I believe it can be a national model for museums as learning laboratories.”

Furman entered into a partnership with the Upcountry History Museum in February of 2012.  The university assumed responsibility for the operation and management of the museum, while the Museum’s Board of Directors owns the facilities and provides membership and fundraising support as well as programmatic guidance. The museum’s staff members are employees of Furman.

“We welcome Dana Thorpe to Greenville and the Upcountry History Museum-Furman, and we are excited by the possibilities for the Museum to play an even greater role in explaining and advancing the richness of the region’s history and identity” said Kathy McKinney, chair of the museum’s Board of Directors.

Both Furman and the Museum expressed appreciation for Interim Executive Director Ken Johnson, who served in the role since July 2011.

“We were most fortunate to have the leadership of Ken Johnson,” said Smolla. “Furman is deeply appreciative of his many contributions.”

“On behalf of the Board, I also wish to thank Ken Johnson for his work during this transition period,” McKinney said. “He has done a wonderful job in sustaining the Museum’s role as a community resource, and we are indebted to him.”