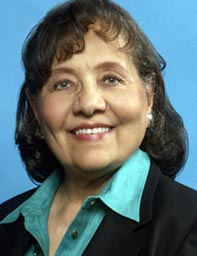 GREENVILLE, S.C.—Diane Nash, a Civil Rights champion who helped organize the Freedom Riders as a college student in the 1960s, will speak Tuesday, Jan. 29 at 7 p.m. in Younts Conference Center on the Furman University campus. A reception and book signing will follow at 8 p.m.

Her talk, “Freedom Riders: A Journey for Justice,” is free and open to the public, and is sponsored by Furman’s Office of Diversity and Inclusion, and Department of Community Relations. Nash’s talk is part of Furman’s slate of events celebrating Martin Luther King, Jr., “Building the Beloved Community.”

The Freedom Riders were a group of men and women, both black and white, who rode buses and trains through the deep South in 1961 to test the previous year’s Supreme Court ruling outlawing segregation in interstate public facilities.

As a student at Fisk University in 1959, Nash embraced nonviolence in response to racial segregation, participating in sit-ins affiliated with the Student Nonviolent Coordinating Committee (SNCC) and the Southern Christian Leadership Conference (SCLC) under the direction of Martin Luther King, Jr. She also coordinated the Freedom Ride from Birmingham, Ala.to Jackson, Miss., and was arrested and jailed in Rock Hill, S.C.

Nash is the recipient of numerous awards, including the War Resisters’ League Peace Award; the Distinguished American Award presented by the John F. Kennedy Library; the LBJ Award for Leadership in Civil Rights from the Lyndon Baines Johnson Library and Museum; and an honorary doctorate of human letters from Fisk University, her alma mater. Most recently, Nash delivered the 2009 Slavery Remembrance Day Memorial Lecture in Liverpool, England.

Her work has been cited in numerous books, documentaries, magazines, and newspaper articles, and she has appeared on such TV shows and films as “The Oprah Winfrey Show,” Spike Lee‘s “4 Little Girls,” and PBS’s “Eyes on the Prize: America’s Civil Rights Years 1954-1965.”

Other Furman events commemorating Martin Luther King, Jr. are scheduled, and are free and open to the public:

For more information about Nash’s talk and other Furman University “Building the Beloved Community” events, visit furman.edu/MLK or contact Idella Glenn in the Office of Diversity and Inclusion at 864-294-3104, or idella.glenn@furman.edu.