Astronaut to talk about walking on the moon 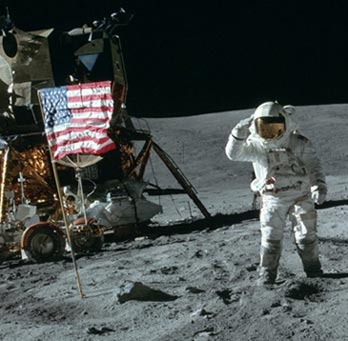 Apollo astronaut Charles Duke walked on the moon in 1972.

Astronaut Charles Duke, a former South Carolina resident who walked on the moon during the Apollo 16 mission in 1972, will speak at a special fundraiser for the Upcountry History Museum-Furman University Thursday, Dec. 5 at 8 p.m.

His talk, “A Walk on the Moon,” will take place in the museum’s Resource Room.  Tickets are $75 per person or $125 per couple for members of the museum, and all proceeds benefit the museum’s general fund.  The cost includes a 7 p.m. reception with heavy hors d’oeuvres.

Apollo 16 was the 10th manned mission in the United States Apollo space program, the fifth to land on the moon and the first to land in the lunar highlands. Duke served as lunar module pilot for the mission, and, along with Commander John Young, spent a record 71 hours conducting research activities on the lunar surface.

Duke was born in Charlotte, N.C., and grew up and attended high school in Lancaster.  He ultimately graduated from Admiral Farragut Academy in St. Petersburg, Fla., and the U.S. Naval Academy in Annapolis, Md.

He was commissioned into the U.S. Air Force, and joined the astronaut program in 1966.  He served as support crew for the flight of Apollo 11, and served as the backup lunar module pilot on the Apollo 13 and 17 missions.  He became the 10th man to walk on the moon during Apollo 16, and he filmed the only pictures ever made of Rover-2, the lunar car, in action.

After Apollo 16 returned to earth, Duke and the other members of the crew received the NASA Distinguished Service Medal.  He retired from NASA in 1975, and entered private business in Texas.

He also served in the Air Force Reserves as special assistant to the Commander of USAF Recruiting Service, and retired in 1986 as a Brigadier General. He is presently owner of Charlie Duke Enterprises, which has produced two space videos, and is president of Duke Investments.

Tickets for Duke’s lecture may be purchased through the website of the Upcountry History Museum-Furman or by calling 864-467-3100.