“Islam: In First Person:” World religions symposium to be held at Furman 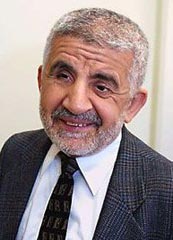 Furman University will hold its inaugural World Religions Symposium with the first of seven lectures and panel discussions beginning Tuesday, Oct. 16 at 7 p.m. in Daniel Chapel.

The symposium is free and open to the public, and the theme of this year’s forum is “Islam: In First Person.”

The first speaker for the symposium is Dr. Mahmoud Ayoub whose talk is titled, “A Muslim View of Christianity.” As an expert in inter-religious dialogue, American society and institutions, and Islam in America, Ayoub has worked with the U.S. State Department since 1999 on diplomatic programs in the Middle East and Southeast Asia.

The World Religions Symposium aims to provide an outlet for envoys of various religious traditions to tell their own stories, regardless of how complex or challenging those stories may be.

A schedule of other lectures and panel discussions following Dr. Ayoub’s talk follows:

For more information about the symposium, contact Maria Swearingen in the Office of the Chaplains at 864-294-2133, or maria.swearingen@furman.edu.