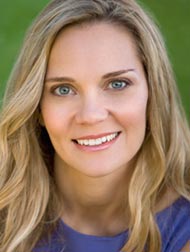 Directed by Furman saxophone professor Matt Olson, the concert features music from the “Great American Songbook” as part of Oney’s “Big Band Excursion” show. The concert is open to the public. Tickets are $5 for adults and $3 for students and are available at the door.

New to Greenville, Oney has sung professionally for several years in a variety of genres, including opera, oratorio, solo recitals, choral music, jazz, cabaret, pop and music theatre. As a lyric soprano she has appeared as Susanna in Le Nozze di Figaro with Rome Festival Opera Institute in Italy, and has given numerous solo voice recitals throughout the U.S. and Europe. Recognized as a specialist in jazz, baroque and contemporary vocal music, Oney has premiered several new works by more than twenty composers including a cycle of three art songs written especially for her by American composer Fred Thayer.

She has served on the voice faculty at six universities and colleges in the U.S. and has provided guest teaching at several others. In 2008 she presented her dissertation research at the NATS Conference (National Association of Teachers of Singing) in Nashville.