“Kicking the Can Down the Road:” Professor Smythe presents final FYI lecture March 7 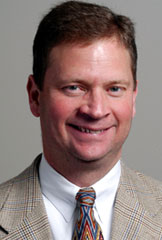 Furman University’s winter/spring High Noon at FYI lecture series is currently underway and meets each Wednesday at noon in the FYI center in downtown Greenville.

The winter/spring schedule consists of eight free lectures that run on consecutive Wednesdays through March 7.

All FYI lectures begin at noon and last approximately one hour. The FYI center is located at 612 South Main Street across from Mary’s Restaurant at Falls Cottage.

Here is the remainder of the schedule:

“The Impact of Kicking the Can Down the Road”

The “credit crisis” and the “debt debate” are among the pressing political issues that have a direct impact on the markets and the economy.  But when political leaders settle for temporary solutions and “kick the can down the road,” it leads to uncertainty for everyone, from the smallest mom-and-pop businesses to the largest corporations.  Dr. Smythe will look at what continued inaction on the political front might mean for the future of the American economy.