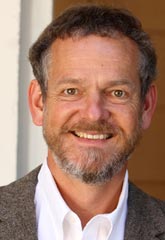 Distinguished philosopher and theologian Philip Clayton will speak at Furman University on Tuesday, Oct. 16 at 7 p.m. in Younts Conference Center.

His talk, “From Quantum to Consciousness: What (If Anything) Does Emergent Complexity Tell Us about God?” is part of Furman’s Charles H. Townes Lecture Series, “Faith and Reason.” The program is free and open to the public but reservations are suggested. A reception follows this CLP event.

Clayton’s interests embrace the fields of science and religion, constructive theology, philosophical theology and philosophy of religion, philosophy of science, and metaphysics, as well as themes like “big tent Christianity,” the emerging church, and how to prepare Christian leaders in an era of transformation.

Educated at Yale University, where he earned a joint Ph.D. in philosophy and religious studies in 1986, Clayton has authored or edited such noteworthy titles as The Problem of God in Modern Thought; Science and the Spiritual Quest; Mind and Emergence: From Quantum to Consciousness; The Predicament of Belief: Science, Philosophy and Faith; and Beyond the Religion Wars: The Path from Reduction to Reenchantment (forthcoming). He has published more than 20 books and hundreds of academic and popular articles.

The Charles H. Townes Lecture Series in Faith & Reason is funded through gifts from the John Templeton Foundation and Nobel Laureate Charles H. Townes ‘35. A Greenville native, Townes was awarded the Nobel Prize in 1964 for his contribution to the development of the maser and laser. He holds the rank of University Professor of Physics in the graduate school of the University of California-Berkeley, and he is a former member of the Furman Board of Trustees.