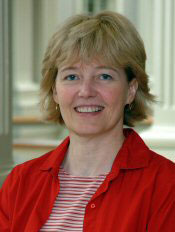 Diana Schaub, professor of political science at Loyola University Maryland and a member of the Hoover Institution’s Jill and Boyd Smith Task Force on the Virtues of a Free Society, will speak on the Furman University campus Wednesday, April 3 at 4:30 p.m. in Watkins Room of the Trone Student Center. A reception follows her address.

Her talk, “Tocquevillian Perspectives on Slavery,” is free and open to the public. It is sponsored by Furman’s political science department and its Tocqueville Lecture Series.

In her lecture, Schaub will explore the thought of both Alexis de Tocqueville and his friend, co-author, and travel partner, Gustave de Beaumont, on the subject of slavery.

For more information about the event, contact Furman’s News and Information Office at 864-294-3107.