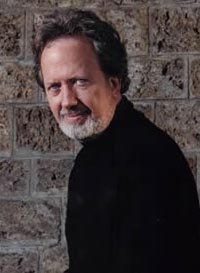 The Furman University Department of Music will present a concert led by internationally acclaimed conductor John Nelson on Sunday, April 15 at 3 p.m. in McAlister Auditorium. Maestro Nelson will lead the Furman Symphony Orchestra, Furman Singers, Furman Chorales, and three professional soloists in a performance of Felix Mendelssohn’s Symphony No. 2, “Lobgesang.”

Tickets are $15 for adults, $10 seniors 60 and older, and $5 for students/youth. This concert marks the concluding performance for the 2011-2012 Sound Quality Series.

The public is also invited to a free “Meet Maestro Nelson” gathering on Friday, April 13 from 3 – 4:30 p.m. in Daniel Memorial Chapel. Nelson, Thomas Joiner, Hugh Floyd, and featured soloists will discuss the repertoire and the week’s residency. Nelson will also conduct the Furman Singers in selections from their recently completed tour program.

Internationally renowned for his interpretation of the large romantic repertoire, as well as stylish performances of music from the baroque and classic periods, Nelson has conducted most of the world’s top orchestras including the London Symphony Orchestra, Orchestre de Paris, Leipzig Gewandhaus, Chicago Symphony, Philadelphia and Cleveland Orchestras and the New York Philharmonic. Nelson’s varied repertoire has also taken him to many of the world’s major opera houses including the Metropolitan Opera, the Chicago Lyric, Opéra National de Paris and the Netherlands Opera.

Born in Costa Rica, Nelson studied at the Juilliard School, New York, where he won the Irving Berlin prize in conducting. He has held the title of Music Director of the Indianapolis Symphony Orchestra, Opera Theatre of Saint Louis, and Caramoor Music Festival in New York. From 1998 to 2008 he was Directeur Musicale of the Ensemble Orchestral de Paris. He has also served as Principal Guest Conductor of the Orchestre National de Lyon and Artistic Adviser to the Nashville and Louisville Orchestras.

For more information or to order tickets by phone, please call the Furman Music Office at 864-294-2086, or email FurmanMusic@Furman.edu, or visit the department’s website at www.FurmanMusic.org.