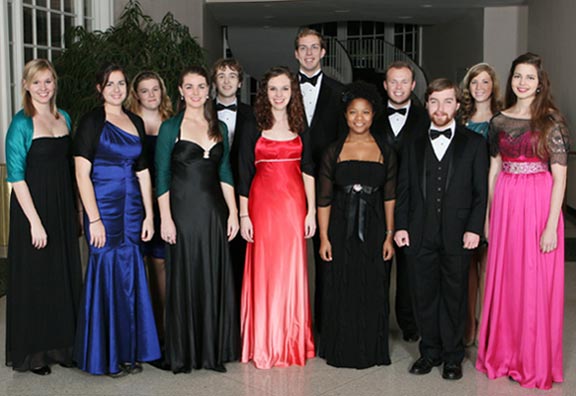 William Thomas will conduct the Furman Singers, Chorales and Symphony Orchestra and a host of student soloists in the university’s yearly prelude concert to the Christmas season.

Tickets are $15 for adults, $10 for seniors and $5 for students for this Sound Quality Series concert. Seating is general admission.

Presented annually by the music department, the Christmas Oratorio concert is Furman’s oldest musical tradition. Performances of Messiah began in 1924 when the Glee Club of the Greenville Woman’s College, which later merged with Furman, joined First Baptist Church of Greenville to present a concert. The university performed the concert on an annual basis for many years after that, and since the early 1970s, has presented Messiah every other year, alternating with other major works.

This year’s performance consists of parts One and Two of the monumental three-movement work. Containing beloved and familiar choruses and solos on themes of prophecy, fulfillment and proclamation, and concluding with the unmistakable “Hallelujah” chorus, the program is filled with dramatic musical contrast and stunning choral and orchestral sonorities.

For more information or to purchase tickets in advance, contact the Furman Music Department at 864-294-2086.