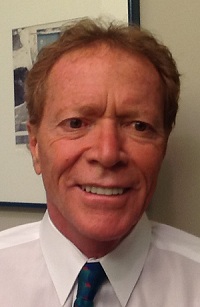 Furman University psychology professor Gilles Einstein has been chosen to receive the South Carolina Governor’s Award for Excellence in Science at a Predominantly Undergraduate Institution. The award will be presented by Governor Nikki Haley in the coming weeks.

Einstein is the William M. Kenan, Jr., Professor of Psychology at Furman and serves as chair of the department.  He has published six books and 98 chapters and articles, and has collaborated with scientists across the nation and abroad who study memory.

He was invited to co-author the memory chapter for the 2008 edition of the Handbook on Aging and Cognition, published every five to eight years and widely recognized as the authoritative reference in aging and cognition research. His research has been funded by the National Science Foundation, National Aeronautics and Space Administration, and the National Institutes of Health.

He is also involved in a large-scale applied project designed to improve medication regimens among community-dwelling older adults in Arizona which has mitigated the level of chronic disorders like hypertension.

With scientists at the Language Research Center at Georgia State University, Einstein is examining whether chimps and monkeys have the mental capacity to look into the future and to plan for it.

In a letter from Haley, the governor applauded Einstein’s research as well as his teaching and mentoring work with undergraduates. He has co-authored more than 30 publications with students, and has also collaborated with students on dozens of conference presentations at the national and regional levels. His dedication to research with undergraduates was recognized by the Council on Undergraduate Research (CUR) in 2010 when he was named a “CUR Fellow,” one of only 12 fellows (from all science disciplines) in the country at that time.

Einstein joined the Furman faculty in 1977 after receiving his Ph.D. from the University of Colorado. He has been chair of the psychology department for the past 16 years. Among other honors, Einstein won Furman’s Annual Meritorious Teaching Award in 1985 and in 2006 won the Excellence in Teaching Award from the South Carolina Independent Colleges and Universities (SCICU), the first for Furman.