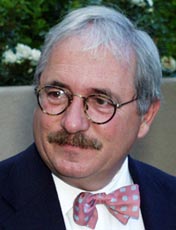 His lecture, “Do American Colleges Today Serve Any Public Function?” is free and open to the public as are the other Tocqueville lectures. The lecture series is sponsored by Furman’s department of political science.

The Tocqueville program brings prominent scholars and public intellectuals to campus with the aim of encouraging open engagement with the moral questions at the heart of political life. The series is named for Alexis de Tocqueville, widely known as the first philosopher of modern democracy.

Agresto served as president of St. John’s College in Santa Fe, Chancellor and provost at the American University of Iraq at Sulaimani, and as assistant chairman of the National Endowment for the Humanities. His books include Mugged by Reality: The Liberation of Iraq and the Failure of Good Intentions, The Supreme Court and Constitutional Democracy, and The Humanist as Citizen: Essays on the Uses of the Humanities.

For more information, contact Paige Blankenship in the department of political science, 864-294-3547, or visit: www.furman.edu/tocquevilleprogram.