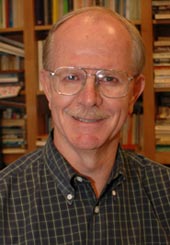 Furman political science professor Jim Guth was quoted in an Associated Press article that examined Mitt Romney’s struggle to connect with white evangelical voters as he moves through the GOP presidential primary, with Mississippi and Alabama just ahead.  The national AP story appeared in newspapers and broadcast outlets across the United States and Europe, including the San Francisco Chronicle.