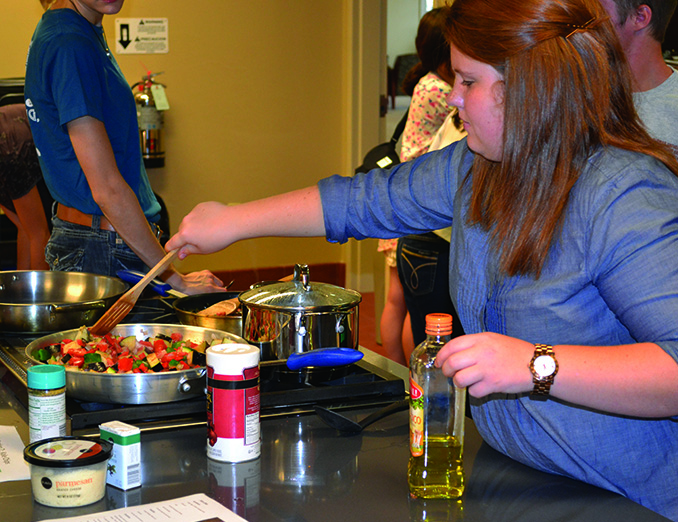 Cooking and healthy eating in general are two skills that many students lack and don’t expect to learn in college. Furman’s Culinary Club is striving to change that through a series of healthy cooking workshops which started in spring 2013.

The last one, held on September 28 in the Herring Center Kitchen, engaged around 30 Furman students in working on 10 different recipes, all centered on fruits and vegetables, at various “stations” around the room. After the preparation was complete, students feasted on the dishes ranging from Texas Caviar and Chips to Spaghetti Squash.

All of the food that was made during the healthy cooking workshop had minimally processed ingredients and was centered on the idea of including more fruits and vegetables in our diets. “Eating more vegetables and fruits would solve a lot of our health problems” Frazier stated but “a lot of students don’t feel comfortable trying these things” which is why one of the goals for the healthy cooking workshops is to help students become “more confident to make healthier options on their own.”

Students can use the recipes from the workshops to cook in their own dorms and apartments or as a reference when making food choices in the dining hall.

The Culinary Club plans to host similar workshops in the future, one being in late October to promote healthy eating during the holiday season.