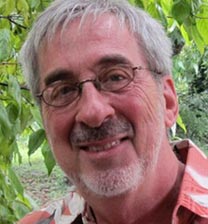 The Furman physics department is involved a new activity that involved building a “drone” and then flying it around campus. But instead of spying or delivering a gift from Amazon, this drone has a video camera that provides some spectacular views of the Furman campus. Physics professor John Conrad appeared on the “Carolina Now” television program to explain how the drone worked and how it is designed to generate interest in Furman’s physics program. An additional video about the drone, complete with video images from the camera, is available online.