Elisa Edmondson spent most of her summer in the classroom.

But here role was dual, as an instructor and student. And she was half a world away.

The Communication Studies major, was in Tokyo teaching and mentoring more than 300 orphaned students for Ashinaga, a non-profit organization that provides educational and emotional support to youth who have lost one or both of their parents.

A primary goal of the program, Edmonson says, is to help students prepare for the TOEIC, a standardized test with a large English portion. She was one of 11 college interns to participate in the program. In addition to Furman, students from Princeton, New York University, Vassar and Oxford took part. Furman Advantage and Asian Studies funded most of her expenses.

Edmondson is fluent in Japanese as her mother’s side of the family is native to the country. Only about half of the interns enjoyed her level of proficiency though. Those who were not were able to speak Japanese communicated through hand gestures. The Japanese students had backgrounds in English, which helped foster student-teacher relationships.

Edmondson said each student was required to take two 50-minute lessons per week, and that interns taught three to seven lessons per day. Interns and teachers lived together in a dormitory in western Tokyo called Kokorujuku, the “school of hearts”.

Outside of the classroom, most conversations were held in Japanese, which gave interns a chance to improve their foreign language skills as well by learning in the same way that the students were: in a conversational-styled, culturally immersing setting.

“Both student and teacher had the opportunity to learn from each other every single day just because of the unique environment Ashinaga provided,” Edmondson said. “Working with the orphaned students was an eye-opening experience.  They had been through so much, yet they were always joyful, always ready to come to class, and always attentive.  They made me more appreciative of my family, and of my American home.”

Now back at Furman, Edmondson says her Japanese is improved. Her summer, too, broadened both her perspective and respect for teaching.

“I’ve always had a soft spot for kids, and working with Ashinaga makes me want to consider teaching and learn to think on a more internationally-conscious level,” she said. “I am very appreciative of Furman for financially supporting this adventure, and for providing the foundation to have an open mind to new people, cultures, and experiences.” 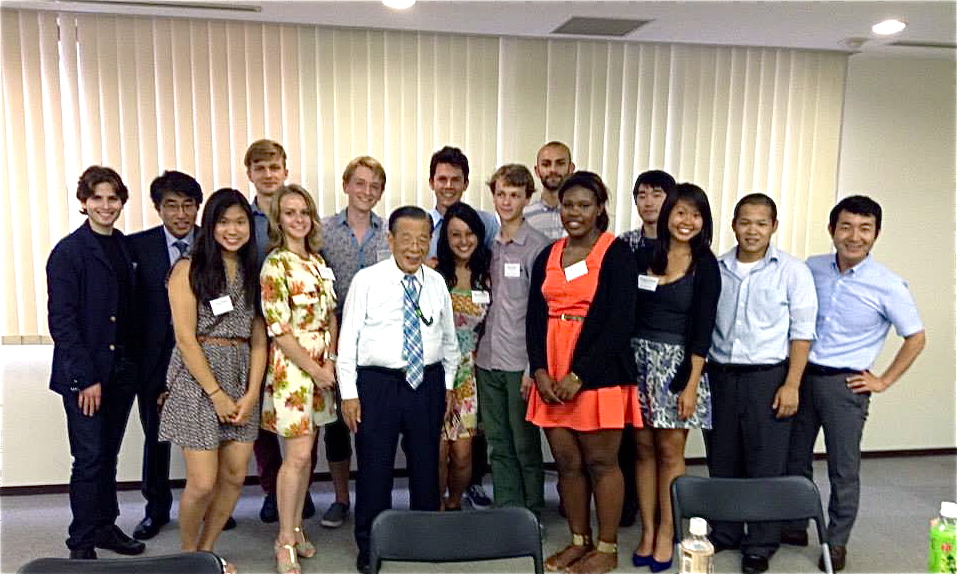 Elisa Edmondson (red dress) and other interns are pictured with Yoshiomi Tami, the founder of Ashinaga.