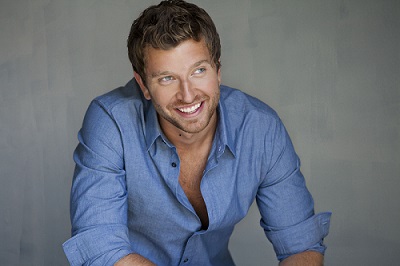 Singer-songwriter Brett Eldredge, whose debut album “Bring You Back” rocketed to #2 on the Country Albums chart, will perform in concert Wednesday, Oct. 2 at 8 p.m. in the amphitheater on the Furman University campus. In the event of inclement weather, the concert will be held at Furman’s McAlister Auditorium.

Tickets for the public are $12 in advance and $15 the day of the show. Tickets are available through Ticketmaster or at the Timmons Arena Box Office. The concert is sponsored by the Furman University Student Activities Board.

The Paris, Ill. native’s rise to country stardom began in 2010 with Eldredge’s release of “Raymond,” which tells the story of a woman suffering from Alzheimer’s disease. Another single, “Don’t Ya,” broke the Top 10 on the Country Airplay charts, and is a track on Eldredge’s August release of the project, “Bring You Back” (Atlantic Records).

Recently named one of People magazine’s Hottest Men of Country, Eldredge grew up listening records from Ray Charles, Ronnie Dunn and Frank Sinatra. He has written more than 300 songs and has collaborated with some of Nashville’s greats including the legendary “Whispering” Bill Anderson, Scooter Carusoe, Shane McAnally and Tom Douglas.

He has opened for some the biggest names in country music – Brad Paisley, Miranda Lambert, Trace Adkins and Willie Nelson. This year Eldredge has opened 19 dates for Taylor Swift on “The Red Tour.”