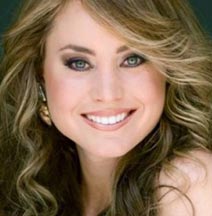 Brooke Mosteller is a 2012 Furman graduate.

Brooke Mosteller told a joke during her pressure-packed interview question at the Miss South Carolina 2013 pageant. She was still having fun as she was introduced as the state’s new beauty queen Sunday. Mosteller, a 2012 Furman graduate who competed as Miss Mount Pleasant, won the crown Saturday night at the pageant in Columbia. She moves on to compete in the Miss America pageant in September.

Mosteller graduated from Furman in 2012 with a degree in political science, and was attending law school at the University of South Carolina before winning the crown.

Read more in The Greenville News