Walking away from ‘The Bachelor’ 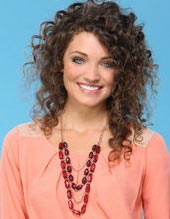 Not many “Bachelor” contestants would make their way onto the show, barely spend one night with the star and his other female suitors, and then decide to leave. But that is pretty much what happened with 2007 Furman graduate Katie Levans, who left the L.A. mansion/TV set of her own accord in the middle of a two-hour installment of the reality show, which premiered just one week earlier.  Levans, who now lives and works in Charlotte, N.C., was the subject of an interview in the Charlotte Observer after she left the show.