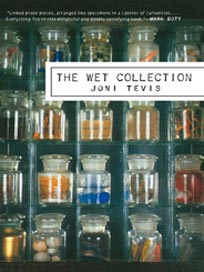 Furman English professor Joni Tevis published a collection of essays, The Wet Collection: A Field Guide to Iridescence and Memory, in 2007 while living in Minnesota.  Tevis’ book found an audience with people who wanted something new, and the paperback version of the book has just been released.  The MinnPost published an article about the new release and its author.

Tevis joined the Furman English faculty in 2008, where she teaches literature and creative writing.  Her writing has appeared in Orion, Oxford American, Shenandoah, Conjunctions, AGNI, The Bellingham Review, North Dakota Quarterly, Barrelhouse, and elsewhere.  In 2006, she was awarded a Minnesota State Arts Board Grant.  She is a graduate of Florida State University, and holds M.F.A. and Ph.D degrees from the University of Houston.