Lee gets chance with Pittsburgh Steelers 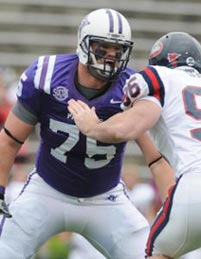 During his time at Furman, Ryan Lee grew from a solid Division I FCS offensive lineman into an NFL prospect and is now getting his shot with the Pittsburgh Steelers. Lee redshirted his freshman year before getting into each of the Paladins’ 13 games in 2008 and was starting by the 2009 season. Now at 6-foot-3, 308 pounds, the Times-Georgian writes that he has an opportunity to make the Steelers’ roster and fulfill a lifelong dream.