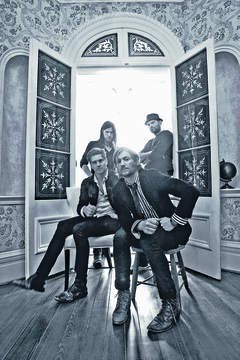 Their music — which has been featured in films, movie trailers, television series, network promos and pro sports shows — may be more familiar than their name. But make no mistake, Needtobreathe is as tenacious a band as there ever was. The band, started by Bear Rinehart (lead vocals, guitar, piano) and drummer Joe Stillwell when the two attended Furman, was the subject of an interview in the Chicago Sun-Times.