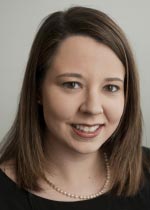 Jessica Taylor, a 2007 Furman graduate and senior analyst/reporter with The Rothenberg Political Report, recently appeared on MSNBC’s “The Daily Rundown” with Chuck Todd to talk about the South Carolina Republican presidential primary.

A native of Elizabethton, Tenn., Taylor was a political science major at Furman and served as editor of The Paladin, the school newspaper.  Before joining The Rothenberg Political Report, she was editor of National Journal’s House Race Hotline and an assistant editor for POLITICO.  She also writes a twice-monthly House-related column for National Journal Daily.