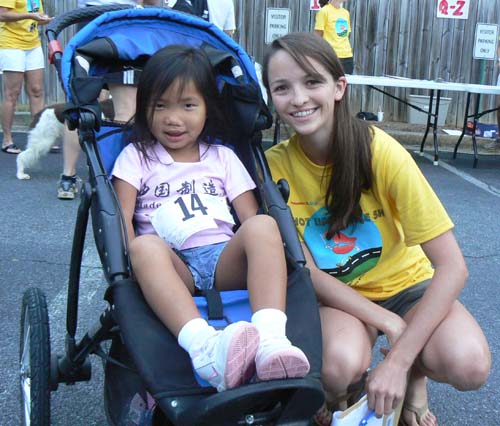 To see Ryan Ernstes ’14 around Furman’s campus, one would hardly notice a faint scar above her lips. This slight mark, however, is the only physical indication of her much greater victory over and ongoing battle with a birth defect known as cleft palate.

Cleft lip and palate problems are not issues that typically haunt modernized countries. In poor and developing countries, though, millions of children are born each year with the defect that prevents the mouth from properly forming.

These children, many of whom are malnourished and cannot speak clearly, are often rejected by society and ostracized. In some cases they are killed or abandoned. Many children with a cleft lip or palate go untreated because their family cannot pay for corrective surgery, which can be performed for as little as $250.

Wary of the problem and wanting to help, Ernstes organized a 5k run/walk to raise money for the cause when she was in the seventh grade. Dubbed the Hot Lips Hustle, the race is held annually in Marietta, Georgia, Ernste’s hometown. Last month, 400 participated in the seventh annual race, enough to fund 30 operations through Smile Train.

Ernstes’s race has supported 175 surgeries since she started.

Smile Train has helped more than 650,000 children in 80 countries with only 50 paid staff members. Ernstes chose to support Smile Train because the organization teaches doctors in other countries to perform the surgery rather than sending doctors overseas.

“It gets easier every year,” Ernstes said when asked how long race planning takes. Typically, April signifies the start of preparation for the September event.

Why so much scheduling and effort to help children she does not even get the chance to meet? Ernstes answers, “It’s just really rewarding knowing that I’ve helped kids, who through no fault of their own, struggle with the same thing I do.”